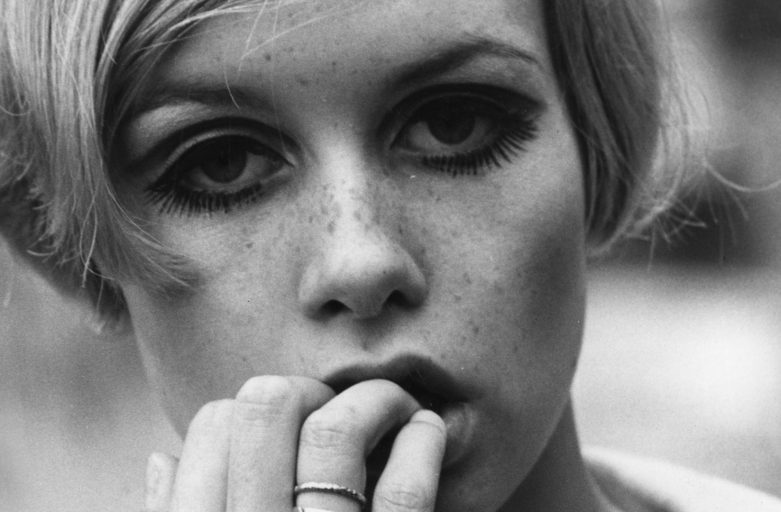 The long and thin legs of the Twiggy handmade rag doll immediately bring to mind the idea of ​​a perfect body of the 60s and 70s.

This Madamedoll handmade rag doll’s long, skinny legs immediately bring to mind the ideal of physique which raged in the 1960s and 1970s, many decades before the advent overpaid supermodels and the unhealthy fashion of eating disorders in order to maintain a perfect body. This handmade rag doll plays the role of the first overpaid model in history, the one who introduced the world to the miniskirt: Twiggy.

Dame Twiggy Lawson, born as Lesley Hornby, was the protagonist of one of the most sensational event in fashion’s history: Mary Quant’s launch of the miniskirt. Quant may not have been the real creator of this new clothing item but certainly imposed it on the general public as a garment capable of characterising the female image of the 1960s.

This MadameDoll, a handcrafted rag doll, wants to re-propose that historical moment and that idea of style.

Tradition has it that Twiggy was discovered by Justin de Villeneuve, her pygmalion, when he was working as a shampoo maker. It was love at first sight and also a first entry into the world of fashion, as de Villeneuve realised the immense expressive possibilities of an adolescent body. Twiggy in fact is a synonym for toothpick, as the model’s own body was so thin, and her figure became a big influence in a society which was rapidly changing its role models. She made her appearance at the beginning of a process of radical transformation in the way fashion, and not only women’s fashion, was presented, proposing thin bodies in contrast with the traditional full and healthy body build.

The female body was finally free from the constraints that had been imposed on it up until then and the mini-skirt became a symbol of this liberation.

Positioned at first between ten and fifteen centimetres above the knee, the hem of the garment continued to rise, making the skirts shorter and shorter and only by the mid-seventies did the trend begin to reverse. Twiggy as a our handmade rag doll wears a short mini-skirt dress exposing her slim, straight legs.

According to some the birth of the mini skirt was almost accidentally born out of tax reasons: in England taxation on women’s clothes was so much higher than on girls’, the application of a higher rate depending on the length of the skirt. The miniskirt was a way to escape this taxation which was imposed on adults garments.

After establishing herself as a model, Twiggy moved into theatre, film and pop music. She starred in fifteen films and recorded nine albums. In addition to numerous television appearances she has been a judge on the sixth and ninth series of the reality TV show America’s Next Top Mode .

She also made a cameo appearance in the movie The Blues Brothers.

She recently turned 70 and now lives in London with her husband, the writer, actor and director Allan Leigh Lawson, whom she married in 1988.

This handcrafted rag doll that features some of Twiggy’s physical traits is also a reminder that there have been women, perhaps petite one, who have changed the course of fashion and trends forever.

MadameDoll Twiggy, a collectible doll, re-proposes that historical moment and that idea of ​​style.