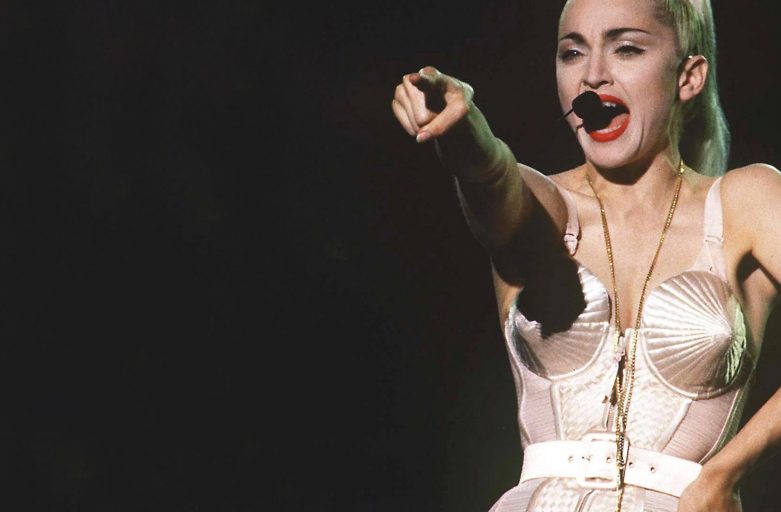 The love for Madonna is something that has transcended generations as she is an undisputed style icon, inspiring millions of women all around the world to face their life challenges head on. I sewed a handmade rag doll to remind myself of one of my favourite Madonna moments from her long music and style icon career. I thought that making a rag doll depicting her would be perfect, girl power!

Madonna Louise Veronica Ciccone is considered the greatest living pop icon. Born in Michigan in 1958, she is simply known as Madonna and is an American singer, songwriter, actress, record and film producer. She arrived in New York City in her twenties and started performing as a drummer and singer in two bands, but released her first album, Madonna, only in 1982. Success came with Like a Virgin and her fame continued to grow album after album, show after show.

The records she has set with her musical productions and performances are numerous. According to the Guinness Book of Records, she is the best-selling female artist in the history of music, having sold 350 million records worldwide, including 83 million; her 2010 Sticky & Sweet Tour is the most successful tour by a female artist and the fifth most successful in terms of revenue/date ratio, grossing more than $400 million over 85 stages. During her career she has won 50 Billboard Music Awards and 7 Grammy Awards.

Her style is transgressive and she wants to impress: in 1990 Jean Paul Gaultier designed the costumes for the Queen of Pop’s Blonde Ambition tour, including the iconic corset with the cone-shaped bra. This outfit is the one I decided to reinterpret for Madonna’s handmade rag doll.

She had a very successful life but has never forgotten her past and has always been involved in various charities two of which she founded herself: the Ray of Light Foundation, founded in 1998, and Raising Malawi which was born in 2006.

Madonna’s love life is rich and complex. In 1985 she married Sean Penn, from whom she divorced in 1989; in 1996 she had her first daughter, Lourdes Maria, now the face of the JP Gaultier’s fashion house, with her personal trainer Carlos Leon; in 2000 she married Guy Ritchie, from whom she had her second child, Rocco Ritchie, and moved to London to live with them. In 2006 she and her husband adopted an orphaned child from Malawi, David Banda, but the two divorced in 2008; in 2009, also in Malawi, she adopted Mercy James; in 2016 it was the turn of the twins Stella and Estere Mwale.

A transgressive and libertarian icon, Madonna has repeatedly defended gay rights, who consider her as one of their icons. A lover of Tamara de Lempicka’s work, she is one of the biggest collectors of her paintings.

Her corset, with its cone-shaped bra, is one of the most famous stage costumes in the history of show business. Her collaborations with famous fashion houses makes her the perfect subject to be transformed into a Madamedoll handmade rag doll.