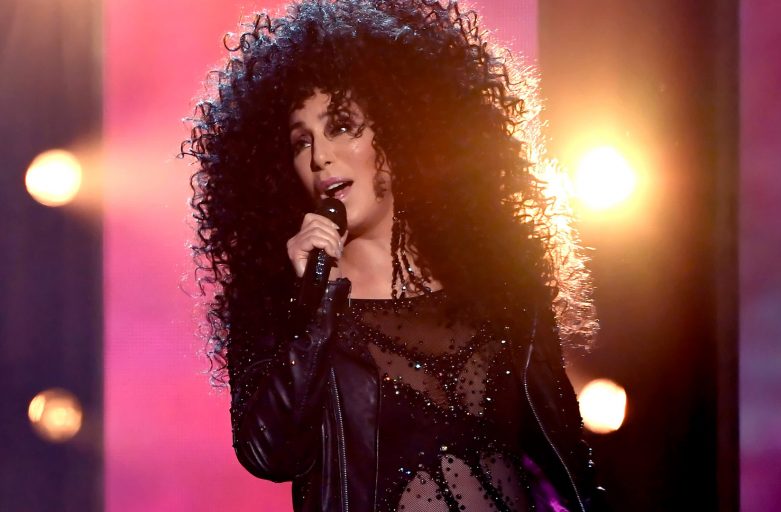 Few artists have proved as multifaceted and eclectic as Cherilyn Sarkisian LaPierre, better known as Cher, who was born in 1946 in California near the Mexican border. She was the first woman to show her navel on television and this Madamedoll handmade rag doll wants to pay tribute to her.

Her most famous performance is certainly the 1989 video shot for the launch of the single If I Could Turn Back Time where she sings on the battleship USS Missouri, the same ship where at the end of World War II Japan formally signed the official Instrument of Surrender. In this video Cher is surrounded by hundreds of enthusiastic sailors, wearing the first and skimpiest version of her famous costume which leaves most of her body uncovered, leading to a controversy about a tattoo on her left buttock.

The handmade rag doll interprets the dress for this performance, which has changed over the years to become less and less revealing. Cher is not only a great singer, she’s the only one having reached to the number one song on the Billboard Hot 100 chart in six different decades, from the 1960s to the 2000s.

Believe, with over 10 million copies sold, is still the biggest-selling single by a woman in the UK and has been the biggest hit of 1999. It’s unthinkable not to make an iconic handmade rag doll of the artist who in 1987 not only won an Oscar for Best Actress, but was also awarded with the David di Donatello for Best Foreign Actress, the Prix d’interprétation féminine at Cannes, a Grammy Award, an Emmy Award, three Golden Globes and a People’s Choice Award for her leading role in the film Bewitched by the Moon.

In spite of her successes in film, music, television, as a record producer and as an author, Cher is above all a celebrity who managed to establish herself as an icon of modernity. This handmade rag doll celebrates her ability to reinvent herself by assuming new roles and personalities, a talent which has made it possible for her to be known and loved by many generations.

The relationship she has with her body, which relies on the most advanced surgical maintenance techniques since the 1970s, has turned her into a symbol of humanity’s struggle against time, comforted by the skill with which her costume has been altered along with the changes of her body all over the years.

Her love life has been marked by two marriages, two children and two divorces. She astonished those who thought of her as a gay icon by showing embarrassment when her daughter announced her intention to have a sex change, a process she completed in 2010 when she changed gender and name on her documents.