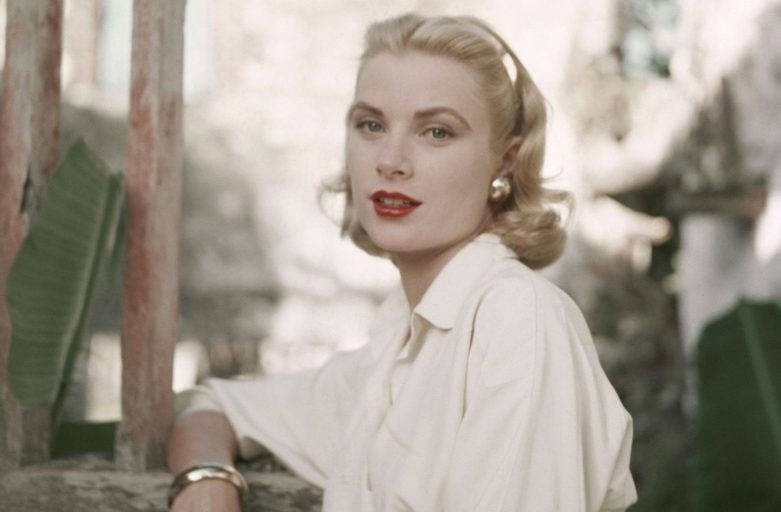 The dresses worn by Grace Kelly in the movies have been the dream of many generations and have inspired beautiful rag dolls.

Cinderella’s fairy tale is reminiscent of her life, which would have been a happy one had it not come to a tragic end. Death came to her at the age of 52 in a car accident whose circumstances have never been fully clarified. But what happened before this tragic circumstance is a dream.

She was born in Philadelphia in 1929 into a rich and prestigious Irish Catholic family. Against her parents’ wishes a very young Grace embarked on an artistic career. At the age of nineteen she played in Strindberg’s The Father on Broadway and enjoyed her first success. Two years later she got her first film part, and the following year she played the female lead in the famous High Noon, opposite to Gary Cooper.

Between 1954 and 1955 she starred in three films directed by Alfred Hitchcock: The Perfect Murder, Rear Window and To Catch a Thief. In all of these films her aristocratic beauty is highlighted, a characteristic charm which we reproduced in this beautiful doll.

The dress worn by our Grace Kelly doll is the same as the one worn in the famous masquerade scene in To Catch a Thief, which was shot in Monte Carlo. Worried that her beauty would divert the attention of the viewers away from the plot Hitchcock requested that she wear faint colours all along the movie. In this scene the actress finally wears a golden dress which dazzles the viewer. The evening dress Grace Kelly wears was designed for her by Edith Head, an award winning costume designer prized with eight Oscars during her career.

It was during the shooting of this movie that she met Prince Rainier of Monaco. Soon afterwards she was awarded the 1955 Oscar for Best Actress for The Country Girl.

Her relationship with the prince grew closer and Grace agreed to marry him. In order to honour her contracts she starred in two last films and on Wednesday 18 April 1956 their marriage was celebrated, marking her retirement from the stage. She was not yet 27 years old.

On the 13th of September 1982 Grace was driving near Monte Carlo as her car, for no apparent reason, skidded off the road and plunged more than forty metres deep down a slope. Her youngest daughter, sitting at her side in the car, was saved. Grace was extracted from the car alive but died shortly afterwards in hospital.

Reproducing Grace Kelly among our beautiful rag dolls seemed a fitting tribute to an actress whose sophisticated beauty made audiences all over the world dream.